For most of the period following the completion of his academic work (1986), until he joined AusQuest (2000), Jim worked as an exploration and mining consultant to many clients specialising in geological and structural mapping at all scales. His commodity experience includes the main base metals (Cu, Pb, Zn and Ni), gold, platinum group elements and iron in all styles of their occurrence. Jim’s main areas of interest and expertise are in the recognition of hydrothermal alteration systems associated with gold and base metal mineralisation.

Dave is a geologist with 40 years experience across a wide range of commodities and in all stages of the exploration process from project generation to open pit and underground mine geology. Prior to becoming an AusQuest consultant in early 2007 he worked for Tectonic Resources NL and Defiance Mining NL as Exploration Manager, for CRA Exploration in a number of positions including Chief Geologist – South Australia and as a mine and exploration geologist for Hamersley Iron.

He has been involved in a number of mineral discoveries, including the Kintyre (uranium) and Kirkalocka (gold) deposits and has made a significant contribution to major resource extensions at the Honeymoon Well and RAV 8 (nickel), Kundip (copper-gold) and Paraburdoo (iron ore) deposits.

Grant has 40 years of experience in exploration and mining geology in Australia, Brazil, China, Ireland, and Southern Africa. Grant was employed by Rio Tinto (CRA) Exploration from 1978 until 1997 including 10 years based at the Argyle mine undertaking exploration, evaluation programs, feasibility studies and mine development of the Argyle and Ellendale diamond mines and the Argyle alluvial diamond deposits. Grant was one of the first diamond geologists to apply modern volcanological analysis to the formation of lamproite and which has subsequently become the norm in the discussion of kimberlite and lamproite geology.

From 1998 until late 2007, Grant was employed by a number of companies in a consultant role, undertaking project reviews, field visits, project management, drilling and sampling program supervision and project generation, primarily for diamonds in Australia, Brazil, China and Tanzania. Grant has worked with AusQuest since March 2008 primarily on iron ore and manganese exploration in Western Australia and project generation for other commodities Australia-wide.

Michael has worked internationally in exploration and mining over the last 25yrs with involvement in grass roots exploration through to project development, mine prefeasibility studies and project audits through a range of commodities including base metals, precious metals, porphyry copper uranium and Iron Ore.

Michael has been an international consultant since 2001 working for Junior Listed and Private Companies. He added significant value to the reserve base of the Mt Muro gold operations in Indonesia for Aurora Gold. Michael adds a broad wealth of experience to any project that he is working on, he is currently managing exploration for AusQuest Ltd in Peru.

Peter has over 25 years experience as a mineral exploration geologist and has held positions with major mining companies CRA, Rio Tinto and Vale. He specialises in project generation and exploration geochemistry and has a deep understanding of numerous commodity and mineralisation styles including Ni, Cu-Au, U, Al, Fe, Pb-Zn and Li. Since 2014 Peter has provided opportunity generation and consulting services for mining clients and investors.

Richard is a geologist with more than 25 years experience in exploration and business development activities.

Richard was a founding member of Australian nickel miner and explorer Mincor Resources and over a period of 17 years with Mincor was responsible for exploration and business development activities in Australia, Papua New Guinea, Ireland, the South Pacific and Africa and was also involved in the giant Reko Diq porphyry Cu-Au project in Pakistan.

Prior to Mincor, Richard worked for CRA/ Rio Tinto Exploration exploring for diamonds in Western Australia and Shell/ Billiton conducting exploration and business development activities in Africa and Indonesia.

He has worked with high calibre teams responsible for a number of mineral discoveries and large project acquisitions. Richard joined the AusQuest team following a 6 month period consulting for CSA Global based in Horsham, UK. 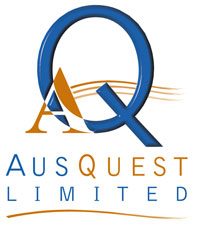